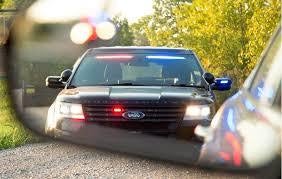 One of the consequences of a DUI charge in the State of Nevada is the loss of a person's driving privileges, usually due to a revocation. If a person has been convicted of a DUI, they are required by the State of Nevada to have what is known as a “SR-22” in order to reinstate their revoked driver's license. The SR-22 is a proof of financial responsibility statement from the defendant's car insurance company. The Nevada Department of Motor Vehicles requires that a person convicted of a DUI has the SR-22 for three years, following a license revocation.

An SR-22 form is issued by a person's insurance company and provides the requisite proof to auto liability insurance to the Nevada Department of Motor Vehicles, which is more commonly referred to as the “DMV” which is the same place you will have likely received your driver's license or registered your car. The company that issues your insurance formally notifies that State DMV that this form has been filed on your behalf. While a Nevada SR-22 is likely required in all cases where a driver's license is revoked, it is most commonly seen where there is a revocation for a DUI related offense or conviction.

The SR-22 is likely to cause a significant increase in a driver's insurance premiums. In addition, it mandates that the driver has $15,000 in coverage for the bodily injury or fatality of one person, $30,000 for the bodily injury or fatality of two or more people, and $10,000 for damage to others' property. In order to get a SR-22, one must contact their insurance company and request it. The insurance company will then send the paperwork to the Nevada Department of Motor Vehicles.

As with any insurance coverage on a motor vehicle, it is important for the defendant to stay on top of the car insurance, so that there are no lapses in coverage or cancellations. In the case of an SR-22 situation however, this is especially important. If there is a lapse or cancellation before the SR 22 period is over, an SR-26 form will be sent to the Nevada Department of Motor Vehicles. This means that the DMV is notified by the insurance company that the person covered has discontinued his car insurance coverage. The Department of Motor Vehicles will give the defendant ten (10) days to secure new insurance and get another SR-22.

The rules for SR-22 requirements include situations where someone is licensed to own or operates a motorcycle, as opposed to a car. In addition, individuals who have been arrested in Las Vegas or elsewhere in Nevada for DUI while visiting or residing here will likely have to follow similar SR-22 rules in the state where they are licensed to drive, known as their home state.

The best way to avoid having an SR-22 related to a DUI charge is to avoid drinking and driving in the first place. In the unfortunate situation where you find yourself accused of a DUI however, it is unequivocally in your best interest to retain an experienced Las Vegas DUI Attorney as soon as possible. An experienced Las Vegas DUI attorney may be able to avoid having your license revoked in an administrative hearing at the Department of Motor Vehicles and/or by fighting your criminal DUI case in Las Vegas or Nevada Courts.

Las Vegas DUI Attorney Josh Tomsheck has handled hundreds, if not thousands, of DUIs. He has been able to win not only in criminal court, by having the DUI charges reduced or dropped completely, but also with the DMV. He has had hundreds of clients never have their license suspended, or revoked, by winning the DMV Hearings. For more on DMV Hearings, please click here. It is very important to contact an experienced Las Vegas DUI Attorney as soon as possible because there are certain deadlines that must be met with both the Court and the Department of Motor Vehicles. Contact Josh Tomsheck here for a free consultation.