In Nevada, a person who is sleeping in a parked car may be convicted of a DUI if the individual is indeed intoxicated and the keys are in the car's ignition. A person may be charged whether or not they are actually driving the car at the time they are approached by the police. To be intoxicated, the sleeping person must have a blood alcohol content or breath alcohol content higher than the legal driving limit of 0.08%. If the individual is younger than the age of 21, or has a Commercial Driver's License in a commercial vehicle, the blood alcohol content or breath alcohol content only has to be higher than 0.02%, or 0.04%, respectively. Field sobriety tests may also be administered once the police officer has woken up the sleeping individual. For more on field sobriety tests, please click here.

A sleeping person is still considered to be in control of a parked car, under Nevada law, if the keys are in the ignition. If the engine is off and you are sleeping in the backseat, or are parked on the side of the road, you can still be arrested for driving under the influence as long as the keys are in the ignition. The police officer may be more likely to arrest a sleeping person for DUI if the car's lights are on, the car is on a busy road, and the person is sleeping in the driver's seat.

A person charged with a Sleeping DUI faces the same penalties as a regular, first offense, misdemeanor DUI. If convicted, the defendant faces a minimum of two (2) days in jail, but if the Judge sees fit, the Defendant can be sentenced to serve up to six (6) months. In addition, the Defendant will have to complete between twenty-four (24) to ninety-six (96) hours of community service at a court approved, non-profit organization. The Defendant will have to pay fines that can range from $400 to $1,000. These fines are separate from any fees associated with the Court and the fees associated with having to hire an attorney. The Defendant will have to attend, and successfully complete, a Victim Impact Panel after sentencing. The Department of Motor Vehicles, upon conviction, will suspend an individual's driver's license for ninety (90) days.

A judge may impose additional driver safety classes, as well, such as a DUI Class. It is important to note that the penalties may be more severe if this is not the defendant's first DUI Conviction. With each DUI Conviction, the penalties become more severe, regardless of if the prior DUIs were sleeping DUIs, are DUIs under the influence of alcohol, marijuana, a prescription drug, illegal drug, or combination.

If you have been arrested for a DUI while you were sleeping, it is important to discuss the specifics of your case with an experienced Las Vegas Sleeping DUI Attorney as soon as possible. Las Vegas DUI Attorney Josh Tomsheck has over a decade of legal experience. Josh Tomsheck has been able to help those charged with Sleeping DUIs multiple times. His case results for Sleeping DUIs include the charges never being filed, being dismissed entirely, or reduced to a lesser offense. For your free consultation, please contact him here today! 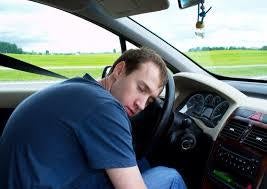