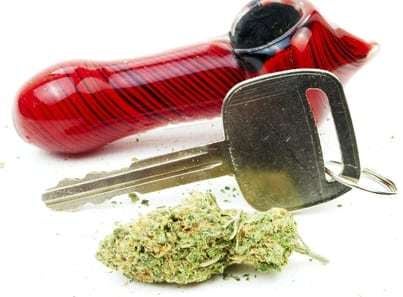 Under Nevada Revised Statute 484C.110, it is illegal for a driver in Nevada to drive, or be in actual physical control of a vehicle on a highway or on premises to which the public has access, with at least 2 blood nanograms per milliliter of marijuana THC in their blood, or at least 5 blood nanograms per milliliter of marijuana metabolite in their system. Similar to alcohol, recreational marijuana use is legal in Nevada, however it is illegal to drive and/or operate a vehicle when one has consumed, and is under the influence of marijuana, commonly referred to as “weed” or “pot.” If no individual is seriously harmed or killed, driving while under the influence of marijuana for a second offense within seven years, is a misdemeanor offense in Nevada.

In addition to driving under the influence, there may be additional charges of marijuana possession filed against the driver. This can happen if the police officers find more than one (1) ounce of marijuana on the driver, or in the driver's vehicle. Although recreational marijuana use is legal in Nevada, an individual can NOT possess MORE than one (1) ounce. Marijuana possession of more than one (1) ounce is a Category D Felony in Nevada, and if convicted, the Defendant can spend up to four (4) years in prison. It is also illegal to use marijuana in a public place, like while walking the Strip or Fremont Street, while at a pool party, in a hotel room or while in a casino. If the defendant smokes marijuana in public, the Defendant faces a fine of $600.

When charged with a Second Offense Marijuana DUI, within seven years, the Defendant faces spending ten (10) days to six (6) months in jail, or on house arrest. The fines for this case can range from $750 to $1,000, not including any fee associated with the Court. The Judge may order the Defendant to attend, and complete, a DUI school, Victim Impact Panel, an alcohol/drug dependency evaluation and a drug abuse treatment program. The Defendant will also be ordered to stay-out-of-trouble while the case is pending, or face further punishment.