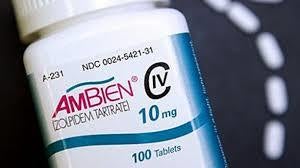 In Nevada, a person can be charged with driving under the influence, while under the influence of prescription drugs, including Ambien, regardless of whether or not the person has a valid prescription. Some people who take sleep aids, like Ambien or Lunesta, may find themselves in jail with a Prescription Drug DUI Charge without even realizing they were driving.

The Federal Drug Administration has noted that Ambien, and other sleep aids like Lunesta, can result in "sleep driving", which is defined as "driving while not fully awake after ingestion of a sedative-hypnotic product, with no memory of the event." Some people may sleep walk while under the sleep aid, and may end doing other things while asleep, including sleep driving. Although sleep driving is involuntary and unconscious, is still an illegal act that can get a person arrested and charged with driving under the influence.

Nevada recognizes sleep-driving as an involuntary act, which can be used to aid in the defense to the Prescription Drug DUI Charge. This is because one of the elements of Driving under the Influence is that the person voluntarily drove under the influence. If a person is sleep-driving because of the sleep aid, his or her actions were completely involuntarily. In some cases, this defense may be enough to get the charge dismissed entirely, or can be used so the prosecutor agrees to reduce the matter to a non-DUI related lesser offense. This defense can be raised by a skilled DUI lawyer to show the prosecution that they cannot prove that the Defendant's driving was a voluntary action, thus not meeting the prosecution's burden of proof – beyond a reasonable doubt. This standard is extremely high.

If convicted for a first time DUI, the defendant faces the mandatory penalties of a misdemeanor DUI offense. These include spending two (2) days to six (6) months in jail. Additionally, the Judge may mandate the Defendant to spend twenty-four (24) hours to ninety-six (96) hours doing community service. In addition to other court fees, the Defendant will have to pay a fine ranging from $400.00 to $1,000.00, plus assessments and fees. The Defendant will have to attend, and successfully complete, a Victim Impact Panel. If the Judge sees it fit, the Defendant may also be ordered to successfully complete a Coroner's Class. Upon conviction, the Department of Motor Vehicles may suspend the Defendant's driver's license for a period of ninety (90) days.

A third DUI conviction, within seven years, is a felony offense under Nevada law. The punishments associated with a felony DUI Conviction are very harsh. The Defendant faces one (1) to (6) years in prison, and fines that can go up to $5,000. Further, the Defendant will still have to attend a Victim Impact Panel and complete an evaluation to determine their alcohol/drug dependency. The judge made order the Defendant to install an ignition interlock device for a period of one (1) to three (3) years. Further, the Defendant's driver's license will be revoked by the Department of Motor Vehicles for three (3) years.

If you have been arrested for a DUI while you were taking Ambien, Lunesta or other sleep medication, it is important to discuss your distinctive case with an experienced Las Vegas Ambien DUI Attorney as soon as possible. These cases are very unique. Las Vegas Ambien DUI Attorney Josh Tomsheck has been able to help those charged with Ambien DUIs. His case results for Ambien DUIs include the charges never being filed, being dismissed entirely, or reduced to a lesser offense. For your free consultation, please contact him here today!