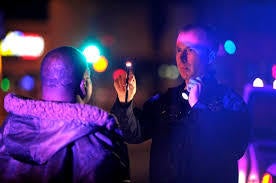 Out of state DUI convictions will show up in Nevada's database, and will be used against you. Prosecutors often search national criminal records databases for any record of past DUI convictions, either misdemeanor or felony. If someone was convicted of a Felony DUI in another State, even if it was many years ago, they will automatically be charged with a Felony DUI if accused in Nevada of a new DUI offense. If you have been charged with felony DUI because it is your third DUI, please see our page here. In Nevada, a person may not have their felony DUI conviction record sealed.

The punishment that a person convicted of a Felony DUI after a prior Felony DUI Conviction faces includes spending two to fifteen years in a Nevada prison, paying fines that range from $2,000 to $5,000 and having a Nevada Breath Interlock Device being placed in any car that the defendant has access to. Often, the interlock device is a condition of having the person's driving privileges in Nevada reinstated. The Nevada Department of Motor Vehicles may also revoke or suspend a person's driver's license. However, the Department of Motor Vehicles holds their own administrative hearing separate from the criminal DUI case. An experienced Las Vegas Felony DUI Attorney will be able to assist in both the criminal trial, as well as any hearings before the Nevada Department of Motor Vehicles.

Being charged with a felony DUI is a very serious offense. It may be one of the scariest moments of an individual's life. However, it may be possible to have the charges against you or your loved one reduced, or even dismissed. It almost always benefits an individual to hire an experienced Las Vegas Felony DUI attorney. Josh Tomsheck has handled a multitude of Felony DUI cases. In many cases, the clients who have retained Mr. Tomsheck to represent them have had their cases dismissed, reduced to lesser offenses, or sentences greatly lessened. Contact him here for a free consultation.