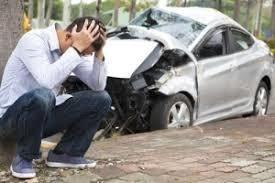 A person who is arrested for a Drug DUI Causing Injury or Death will face the same potential punishment as a person who is arrested for an Alcohol DUI Causing Substantial Bodily Harm/Injury or Death. In order to be convicted, the prosecutor will have to prove that the driver who is under the influence, or “high,” proximately caused the death of, or substantial bodily harm to, another person. In Nevada, even if the driver does not seem like they are under the influence of a drug, they will be arrested if their chemical test results, by either blood test or urine test, show they are above a certain amount. This per se amount depends on the type of illegal drug and are as follows:

Under NRS 484C.430, the legal definition of DUI causing injury or death applies when a high driver, “proximately causes the death of, or substantial bodily harm, to another person.” This is a very serious felony offense, one where the Defendant is facing significant mandatory prison time. The driver will also face serious repercussions with the Nevada Department of Motor Vehicles upon release from custody. For more on the Nevada DMV Process and DMV Hearings, please click here.

Nevada law, under NRS 0.060 defines substantial bodily harm as “Bodily injury which creates a substantial risk of death or which causes serious, permanent disfigurement or protracted loss or impairment of the function of any bodily member or organ; or Prolonged physical pain.” The government can charge a person with a DUI Causing Substantial Bodily Harm or Injury for a variety of injuries. In some cases, a broken arm can suffice. If a person in another vehicle received a concussion and ongoing pain as a result, the prosecutor may deem that to be substantial. A minor injury such as a bruise or scrape is not enough to allow for a Felony charge however.

It is important to remember that just because you are arrested does not mean you will be convicted of this serious charge. There are many potential defenses to this allegation, including constitutional violations, faulty forensic testing, and proximate cause deficiencies. The best defense for any one case is specific to how the law applies to the unique facts of that case.

In Nevada, DUI DRUG causing substantial bodily harm or death is a Category B Felony for which a conviction requires two (2) to twenty (20) years in a Nevada prison. The Defendant can expect to spend between $2,000 to $5,000 in fines, not including assessments, court costs and/or other court mandated fees. In cases where the Defendant is charged with a DUI Causing Substantial Bodily Harm or Injury or Death, a judge may not grant probation or suspended sentences, meaning the person must be sentenced to prison if convicted. Additionally, since the Defendant allegedly caused substantial bodily harm or injury or death to another individual, the Defendant is automatically ineligible for specialty courts such as Clark County's Felony DUI Court.