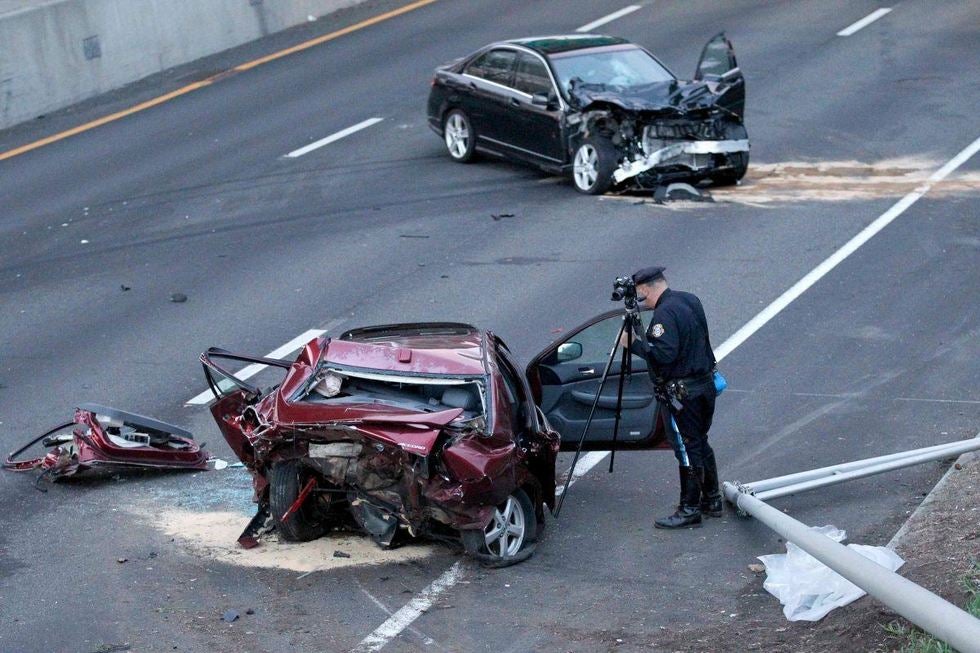 In Nevada, driving under the influence is usually a misdemeanor offense. However, a person can be charged with a far more serious felony offense if they are accused of a DUI under certain conditions. Among the most serious and most common Felony DUI allegation in Nevada is when there is an accident or incident which results in a person suffering serious bodily injury, or death.

In Nevada, Serious Bodily Injury, or “Substantial Bodily Harm” as it is defined in the law can be anything from a concussion, to internal bleeding, to a broken leg. Under Nevada law it is defined as an injury to the body which “creates a substantial risk of death or which causes serious, permanent disfigurement or protracted loss or impairment of the function of any bodily member or organ; or prolonged physical pain.” In Nevada, a judge cannot grant probation, or suspend a sentence, in cases where a DUI caused injury or death.

A DUI that causes injury or death is a Category B Felony in Nevada. This means that, if convicted, the defendant loses the right to vote, sit on a jury and the right to own or possess a firearm. It may also make it more difficult to maintain a job, or find a job, and it may have some affect in child custody cases. A person convicted of a felony DUI can never have this removed from their record.

The penalties in Nevada for a DUI Causing Injury or Death include spending two (2) to twenty (20) years in a Nevada prison. At sentencing, the parties (the Defense and the Prosecutor) may agree on a number of years to recommend to the Court that the Defendant is to serve or there may be an argument by the lawyers. These cases are usually very emotionally charged and have victim speakers in the Court at sentencing. Ultimately, the Judge has the final say in how many years the defendant will serve in prison.

Not only will the defendant have to serve prison time, he or she will have to pay fines related to the case. The minimum fine is $2,000, with the maximum fine being $5,000.

Once the defendant is released and their driving rights reinstated, it is required that a Breath Interlock Device is placed in any car that the defendant has access to. This is mandatory in order to reinstate the defendant's driving privileges. The device will not allow the car to start unless a person blows into it and it registers there is no alcohol present in their system.

Being charged with a felony and the penalties an individual is facing are very serious, however, it is important to remember that hiring an experienced Las Vegas Felony DUI attorney will almost always benefit you. Las Vegas Felony DUI attorney Josh Tomsheck has handled hundreds, if not thousands, of DUI cases. When he has been retained to represent defendants in cases, they have had their charges reduced to lesser offenses, such as minor moving violations or reckless driving. In many cases, the charges have been completely dismissed or charges were never even filed. It is important to note that being arrested for a felony DUI is not the same thing as being convicted of a felony DUI. Contact him here for a free consultation.