Client, a business man with a successful career, was charged with Felony Driving Under the Influence ("DUI") resulting in Substantial Bodily Harm or Death.  If convicted, client faced up to 20 years in State prison.  After litigating several pre-trial issues, Mr. Tomsheck was able to secure a negotiation which called for no jail time and the reduction to a misdemeanor charge.  Client was able to remain out of custody and will have a Felony free record. 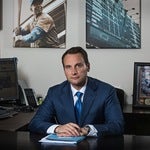 DUI Attorney Josh Tomsheck is a Partner in the firm of Hofland & Tomsheck, and has committed to the representation of those charged with Crimes, focusing his practice on Drunk Driving/DUI/DWI defense.